The world of Tomb Raider has never been so open before. However, the length or the richness of the experience remained the same. It seems quite smaller but much more interesting and authentic. It won't be easy to get lost, though, since players will get familiar with the areas of the adventure.

But not only was this change implemented successfully. A new menu and inventory with combinable items were introduced. The diary (!) was another fresh function, where local maps, notes, and hints could be found. It also had photo collages about Lara's background.

The training level was the next step, where Lara's first adventure substituted the usual Lara's Home level.

The scenes were indeed exceptionally beautiful: PC and Dreamcast versions introduced bump mapping and fog, while DC version showed Lara's shadow as well – which was modeled after Tomb Raider I.

Objects were re-designed and so was Lara. Everything was built with more polygons and as a result, Lara became prettier than ever. She is appearing in her classic outfit (in the beginning, according to concept drawing, her top wasn't that deep cut… Her eyes blink and her mouth moves during cutscenes. There is, however, something incomprehensible: there is a mistake with holsters, but only in this episode of the series. None of the weapons are visible in them, except for the standard Pistols.

Not to mention young Lara with her little pigtails!

In this game, enemies are smarter and traps are deadlier. Lara can kick her way through locked doors or she can use the crowbar – which is suitable for taking items off the walls. Some items shine a bit.

Movements have expanded as usual. Now we can climb poles, hang on ropes and turn around corners during climbing.

Inventory changes were the following: flares were replaced by a flashlight and batteries were required to use it. This flashlight was compatible with weapons to help the player orientate in darker areas. Binoculars were implemented too, proven to be useful for reading labels from a long distance and Lara noted those in her diary. Torches could be found during the quest, too, and could be lit with fire…

Armory contained the usual Pistols, a brown Shotgun, the Desert Eagle, Uzis, Grenade Launcher and a Crossbow. Lasersight was a brand new idea: it could be combined with every weapon, except for the Pistols and the Uzis.

Lara could use vehicles, as usual. This time it was a Jeep and a motorcycle with sidecar, which had nitro function.

Not surprising that during development the team changed lots of things. Flashlight was dropped and flares returned with an orange/red light – in the final version they shined in green. The brown Shotgun, the brown Crossbow, and the Desert Eagle were changed to another type of Shotgun, Crossbow, and a Revolver. The idea of a diary was cancelled entirely (what a shame, it sounded interesting).

On the path to the final version a lot of details had its fine-tuning – as you can see on the videos.

Another engaging detail is an unexplained, some sort of test map (called 'The Valley Temple') that was put on the game's CD (joby1b.tr4) – intentionally or not, that's up to the players to decide. Check it out on this video.

Tomb Raider IV was released in November of 1999 and became a hit instantly (more than 5 million copies were sold), however, the final FMV was terribly disturbing. It was a mystery if there was any chance for another Tomb Raider game.

In the following month the team published a bonus level. Its original title was 'Lara's joining the Times'. The story starts with Peter Stothard, editor of The Times, a British prominent newspaper inviting Lara to the publisher's London headquarters. He shows the famous heroine a fresh article about the recent diggings at the tomb of Tutankhamun. The headline is: "The Tomb of the King. Contract given to 'The Times'." This alone is not enough to arouse Lara...

Tomb Raider IV Gold was planned to be a more complex adventure where Lara would had been to find the fountain of youth somewhere at the Bermuda-triangle area... Follow up the story here! 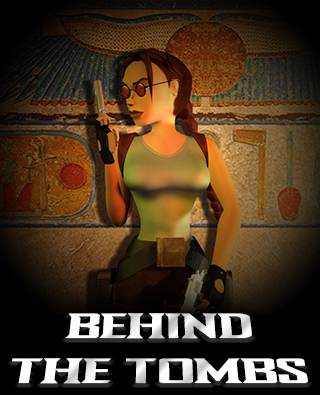