Behind the Tombs #3 - Tomb Raider III: Adventures of Lara C.

Tomb Raider II became a high-level standard, even for its creator, Core Design. Tomb Raider III almost reached the limits of PlayStation since the team put in as much effort as they could. The following article will discuss the birth of the third episode and less known facts about the game.

Same as before, they kicked off with the first Tomb Raider's engine, but this time with the sequel's features.

So, during development Lara's look and her weapons were the same as in Tomb Raider II, and so was her health bar, the sound effects and the fonts of text elements.

The plot idea was about Lara's quest to retrieve four artefacts, originated from meteorite parts, which were scattered across the globe. A model of Earth was implemented where players could choose, where to go next after each chapter.

According to early versions, the levels were planned to be the following:

Or we can mention Lara's new moves: crawling, dashing, rolling and the "monkey swing", close combat or the ability to acquire stuff with a knife (!).

Lara's armory is once again expanded. While Pistols, Shotgun, the pair of Uzis and the Harpoon Gun were kept, this episode introduced Rocket Launcher, MP5, Desert Eagle and a new version of the Grenade Launcher.

New adventure demands new vehicles: quadbikes, motorboats (in early versions there was a blue motorboat on a Pacific level), kayak, and an underwater propulsion unit.

Her clothes expanded, however the "basic" outfit/model remained the same as in Tomb Raider II. She got a black tank top with camouflage pants, a pair of green shorts with white top, a latex catsuit, and an orange jacket with camouflage pants – her jacket was white at the beginning.

On the way to the finalized version the team dropped Peru completely while other levels became more detailed. All Hallows became a bonus level. The idea of the knife was also dropped and some animations were modified, too.

Audio improved a lot to make the environment lifelike and Lara's voice was played by Judith Gibbins this time as well.

In the last minute, saving crystals were removed from PC version of the game – they became life crystals instead and players were able to save the game unlimited times. PlayStation version came out with the save crystals, which made the otherwise tough game even more difficult.

That is how Tomb Raider III – one of the hardest quests of Lara – was born.

The team wanted a closure on the Tomb Raider saga. In fact, they always wanted to create a trilogy, but everyone became upset about finishing like this…

In 2000 The Lost Artefact, the series' last adventure was released. Lara had to find the fifth meteorite artefact and to reveal the ancient secret about them.

An unmissable adventure for every Tomb Raider fan! If you haven't tried yet, or stopped halfway, give it a go! 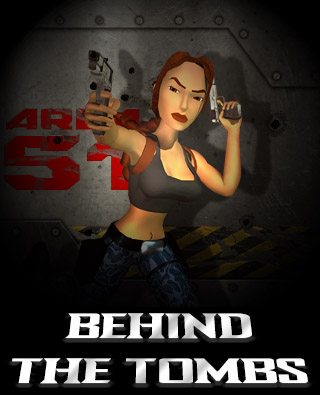