Behind the Tombs #6 - Tomb Raider: The Angel of Darkness

In the end of 2000 Tomb Raider V: Chronicles had an extra trailer to unlock named 'Tomb Raider Next Generation' where we could have our first look on the 6th episode of Tomb Raider. This created an avalanche of info: Core announced they are working on Lara's new adventure, coming in 2002 to PS2 and PC...

„Lara's every step will be scripted in a Hollywood manner in this era, including the potential side stories which introduce new characters with their own new agendas. The story, influenced by The Exorcist and Omen forces Lara to adapt to seriously extreme situations. Her strictly defined character which pulled up barriers in the gameplay before will be dismissed and this way she is going to have much more freedom to develop a complex personality and to participate in complicated situations."

Many ideas, plans, sketches were born in this era - have a look in the gallery >>

Further news appeared about the game, until we got the following:

„Tomb Raider Next Generation is a three part adventure that begins in cosmopolitan Paris, where Lara Croft arrives only to be framed for a crime she apparently did not commit, and begins a hasty retreat through the dark Parisian underbelly relentlessly pursued by the authorities while attempting to piece together a puzzle surrounding the conspirators who seek her doom, vehemently led by the unscrupulous Eckhardt. Weaponless and without a penny to her name, Lara must negotiate her way through the initial segment of her adventure combining a desperate acquisition of apparel and hardware with a search for five 14th century paintings penned by the famous "Obscure Painter."

The architectural majesty of the famous Musee du Louvre in Paris will play host to a spectacular robbery in Part II when Lara Croft actions the theft of the 14th century artworks to further her adventures, drawn deep into the poignant bowels of the catacombs rooted beneath the city where her traditional tomb raider skills will be resurrected by a series of mind-bending puzzles and action-packed, death-defying leaps and jumps. Core Design's second playable character, Kurtis Trent, joins forces with Lara Croft and they both advance their challenge for beneficial resolution with the recovery of the five antique paintings.

The surgical-steeled schematics of high-tech industry is sown into the game-play broth as both Lara Croft and Kurtis Trent travel to Prague, Eastern Europe, for the third and final part of their adventure and descend into the monstrous Strahov Complex for a final showdown with Eckhardt. Here the first episodic adventure of Tomb Raider Next Generation will conclude. Adventures involving the new AI character Kurtis Trent are likely to spawn from The Next Generation in the form of a spin-off video-game series - such as the depth and historical content Core Design have sown into their first additional playable character; although no official confirmation has been made. Core Design will expand the interactivity of The Next Generation by offering downloadable components such as character development and plot details via the web, although the studio dispelled earlier rumors about their internet update strategy by stating that the games themselves will not be made available online.

The Next Generation will also sport more role playing elements in the form of attribute development, which awards more diligent players richer content and improves Lara's skill and dexterity the more she performs specific actions. Rather than allowing players to tweak the game's characters to their liking, certain actions - such as running and sprinting - will automatically become more effective the more a player performs them. This allows Core to include areas in the game that are accessible only by characters of a certain proficiency level.

The Lara Croft model has undergone extensive digital surgery and her current 500-polygon skeleton has been shed for a 5,000 polygon external chassis, affording an improved fluidic appearance that will catwalk gamers with a more organic and human feel. Environmental architectures and gameplay schematics have been redesigned from the wire frame up with Core Design gearing up to exploit the PS2's huge terrain-based polygon capabilities to render more depth, texture and response to its levels.”

The Angel of Darkness

After many months of silence, in March of 2002 they announced the official title of the upcoming game: 'Lara Croft Tomb Raider: The Angel of Darkness'. The first trailer was released soon after and it seemed that nothing was impossible for Team Core, it contained everything they promised earlier. The release was dated 14th November, 2002.

As time passed by, new gameplay videos and even rumours got to the surface. Lots of new stuff were put into gameplay, you may see some of these in the early videos below. Incredible, how the final version in 2003 turned out so different.

Unfortunately as the project progressed it was more evident that they will not be able to hold on to the original release dates. It was clear that their abilities were not enough for such a huge project and the game engine didn't play well on PS2. They postponed the release date last minute, not even once but many times. Eidos wasn't happy about this, either. The final, strict date was June, 2003 and it resulted in lots of cut and deleted elements, level re-design works, nerfing the engine - and this went on and on until last minute. This is how The Angel of Darkness was born and although it was a shadow of its potential, many of us still love it.

Some cancelled/scrapped/terminated things you can find by diving in AoD's files and digging up the archives: 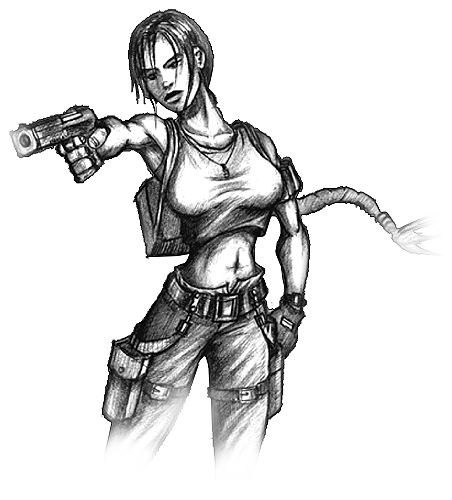 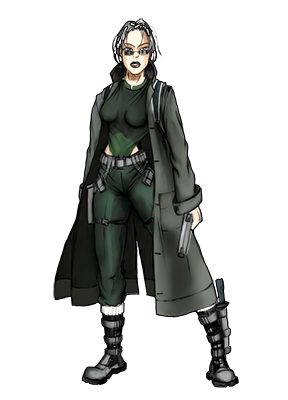 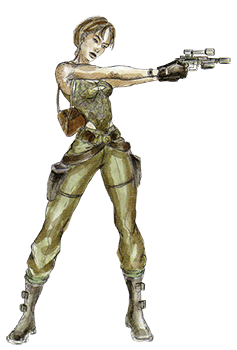 Animations: swinging and jumping on poles, turning objects/handles, throwing objects, picking up and putting them down, carrying boxes, stealth with a gun, hiding in a trash can, climbing out of trash, getting out of stealth then shooting, etc. (There were even more for Kurtis that got deleted on the way...)

You can read a LOT more about the story, characters, deleted stuff, and planned chapters through writer Murti Schofield's website!

The reception of the game was poor, the series' success started to decline with Tomb Raider V: Chronicles. Eidos took the rights of Tomb Raider from Core Design and gave them to American developer Crystal Dynamics.

Then, in 2006 they re-released the game for DVD player (called Tomb Raider: The Action Adventure) where players could play with the remote control.

- FALLEN FROM LIGHT. REBORN IN SHADOW. HAUNTED BY MEMORIES. CONFRONTED BY EVIL. - 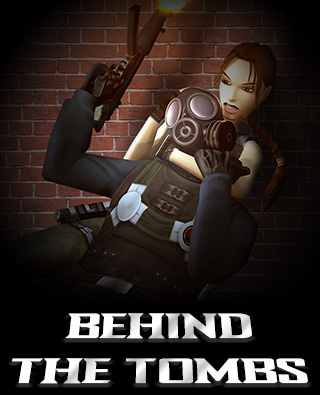