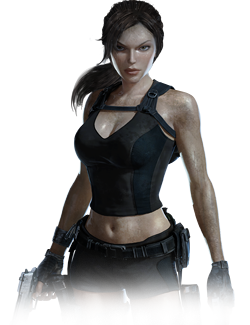 Lady Lara Croft is an 11th generation Countess. The Croft family was granted the title and rights to Abbingdon, Surrey by King Edward VI in 1547. The Croft Estates are comprised of three separate manor houses, two of which are maintained by the National Trust, and the third is home to Lady Croft.

Lady Croft herself has suffered several personal tragedies, including the deaths of both parents on separate occasions before she came of age. Reputably an accredited genius and Olympic-standard gymnast, Lady Croft is the focus of wild speculation and intense debate in both the scientific and political communities in addition to the popular press. Idealized and vilified in equal measure, she is perhaps one of the most fascinating and enigmatic figures of our time.

Between the ages of three and six, she attended the Abbingdon Girls School, where it quickly became clear that she was an exceptionally gifted child. 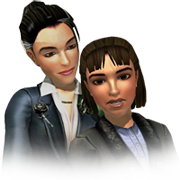 At the age of nine she survived a plane crash in the Himalayas that took the life of her mother. In perhaps the first story of her prodigious indomitability, she somehow survived a solo ten-day trek across the Himalayan mountains, one of the most hostile environments on the planet. The story goes that when she arrived in Katmandu she went to the nearest bar and made a polite telephone call to her father asking if it would be convenient for him to come and pick her up.

For six years following the plane crash, Lara rarely left her father's side, traveling around the world from one archeological dig site to another. During this period she was ostensibly given a standard education from private tutors, but it would probably be more accurate to say she was her father's full time apprentice. 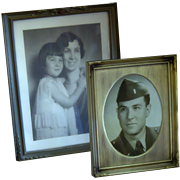 When Lara was fifteen, her father went missing in Cambodia. Extensive searches by the authorities and Lara herself turned up human remains that could not definitively be identified. Since Lord Croft's body was not officially recovered, Lara could not directly inherit the Croft title and Lara was thrust into a bitter family feud over control of the Abbingdon estates with her uncle Lord Errol Croft. Lara eventually won the legal battle, and took possession of her inheritance but at the cost of a deep rift in the Croft family that left her estranged from her living relatives.

Lady Lara Croft has already eclipsed her father's career; as of this writing she is credited with the discovery of some fifteen archeological sites of international significance. These sites are still yielding new and exciting insights to the past on an ongoing basis. No one can deny Lady Croft's incredible contribution to the field of archeology, however she is not without her detractors.

Lara's methods have been frequently called into question by government officials and other practicing archeologists. She has been described variously as anything from cavalier to downright irresponsible. Some scholars have suggested that her notorious lack of documentation and brute force methodology have contaminated countless sites and done more harm than good. There have even been (unsubstantiated) allegations that Lara actually takes items from these sites before informing the international community of their locations, and that she is nothing more than a glorified treasure hunter. 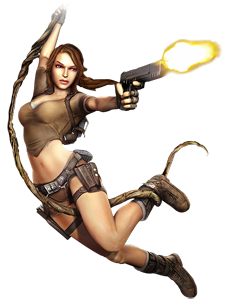 Despite the tabloid press's infatuation with her, Lara Croft guards her privacy with complete determination. She has never granted an interview nor made any personal comment to any of the rumors associated with her, preferring to express herself through brief formal statements given by the family solicitors, Hardgraves and Moore.

Predictably there have been a number of unofficial biographies printed about the young Countess, that attribute wild and fantastic feats to her exploits, ranging from the discovery of living dinosaurs in the Congo to infiltrating the infamous Area 51 in Nevada. The official line from the Croft Estate to these works is simply that "...these books are utter rot: disgraceful, trashy works of total fiction."

Nevertheless if you even make a cursory search on the Internet for the Unexplained, the Mysterious and the Downright Unbelievable, time and again you will find Lara Croft's name appearing. She appears to be a hero to conspiracy theorists and alternate history aficionados alike.

It seems the further you dig into Lara's life, the more bewildering and mysterious she becomes. Perhaps like the archeological sites she discovers, we have only scratched the surface of this incredible woman and the complex and inscrutable secrets buried deep within her.