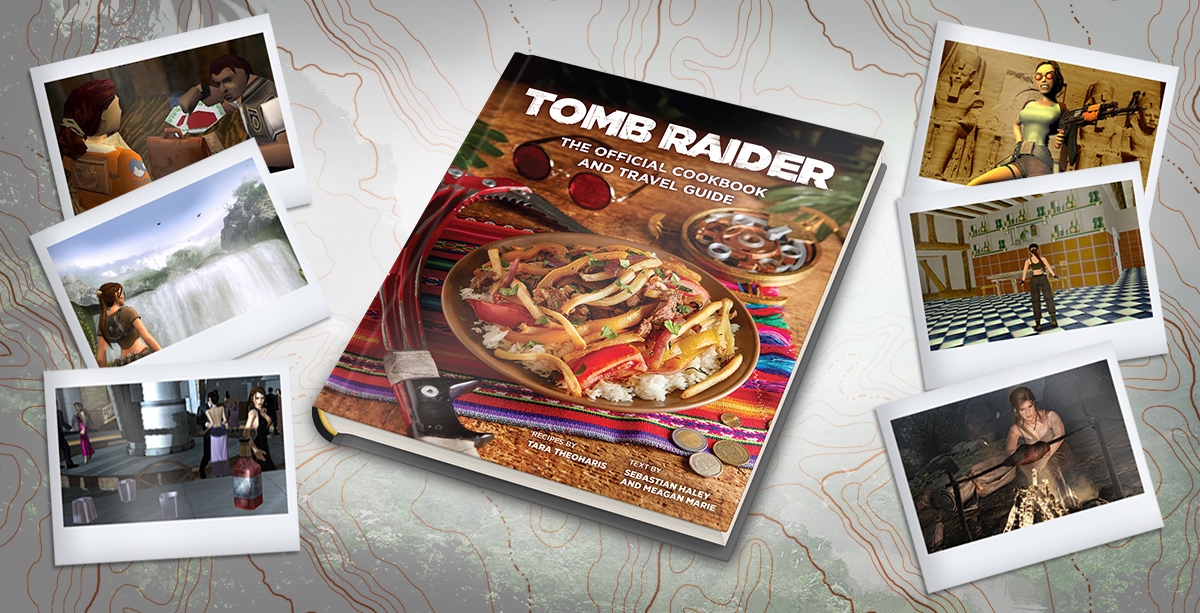 The series has introduced us many locations over 25 years... The Tomb Raider: The Official Cookbook and Travel Guide written by Sebastian Haley (Playing With Super Power, 30 Years of Mega Man) and Meagan Marie (20 Years of Tomb Raider, Women in Gaming: 100 Professionals of Play) for the anniversary, illustrated with colorful photos and art from the games, contains more than 40 recipes by Tara Theoharis (The Minecrafter's Cookbook, Break an Egg!: The Broadway Cookbook), inspired by the cultures of the countries and cities visited by Lara Croft.

The book also includes a one-of-a-kind travel guide for these locations.

Available for pre-order now, Tomb Raider: The Official Cookbook and Travel Guide is slated to be released on October 26th, 2021.